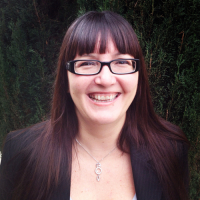 China has reported that the domestic spread of the COVID-19 coronavirus has significantly slowed in recent days, including a record low of new cases in Wuhan for the sixth day in a row (Reuters). As a result, lockdowns have been partially lifted in the Hubei province, and key industries will be allowed to resume in Wuhan. The government has announced it will allow industries like public transport, medical supply and producers of daily necessities to return to work.

Meanwhile, the number of cases have continued to rise in other countries. Today, a World Health Organisation spokesperson said that the center of the coronavirus is now shifting to Europe. Italy is now taking deeper precautions to limit the spread of the virus.

In response to multiple countries closing their borders and placing bans on travelers arriving from countries, airlines continue to cancel or reduce routes. Yesterday, British Airways announced the cancelation of all flights to Italy until April. Other large airlines such as KLM, Lufthansa, Delta, and United also reduced or cancelled routes in response to fewer travelers.

In the U.S., at least 1,015 people have tested positive for the virus. As a result, companies are asking employees to work from home to contain the spread of the virus.

To participate in the community, please register or sign in.