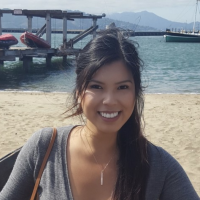 Price Discrepancy: Why do I see cheaper flights/hotels outside of TripActions?

TripActions sources inventory from a broad spectrum of partners in consumer, industry and negotiated channels, which gives it unparalleled access to a very wide spectrum of content. Typically that guarantees that the lowest rate on the market is surfaced within the TripActions search, but there are always outlying cases such as web fares or last-second hotel rates in which a lower fare or rate may surface via another, outside channel. The same is true for any TMC, OTA or metacrawler on the market.

Where TripActions differs from other TMCs is in its wide spectrum of content partners and in its user-first approach to surfacing the best fares and rates without any markups in its search. Because TripActions can search for a particular hotel rate from both a partner network and a GDS, for example, there’s a much higher probability that the absolute best fare will be found.

TripActions’ capability to consistently find and surface the best fares and rates are reflected in its adoption statistics. The company regularly enjoys high adoption rates largely because users trust the platform and don’t feel the need to search through third party tools.

To participate in the community, please register or sign in.